In my opinion, the most important reason why the Republic of China (Taiwan) has so successfully managed Covid is ambition. While there have been multiple outbreaks, the goal has always been crystal clear – to get back to 0 cases and eliminate the virus from the island. Unfortunately, when it comes to energy and climate change, this ambition is lacking.

On December 18, the Taiwanese people will vote on whether to activate the islands 4th nuclear power plant. The referendum, which is organized by civilian pro-nuclear groups, is a challenge to the government which aims to close down all nuclear power plants by 2025.

The government is officially committed to achieving net zero greenhouse gas emissions by 2050. The first and arguably easiest step towards this goal would be to decarbonize electricity generation, something which 16 countries have already achieved*. Unfortunately, The Republic of China in 2020 got 84% of its electricity from fossil fuels, considerably more than the world average (61%). In fact, Taiwan has been going in the wrong direction for decades. In 1985, the ROC was a role model to the world, with 62% low-carbon power. 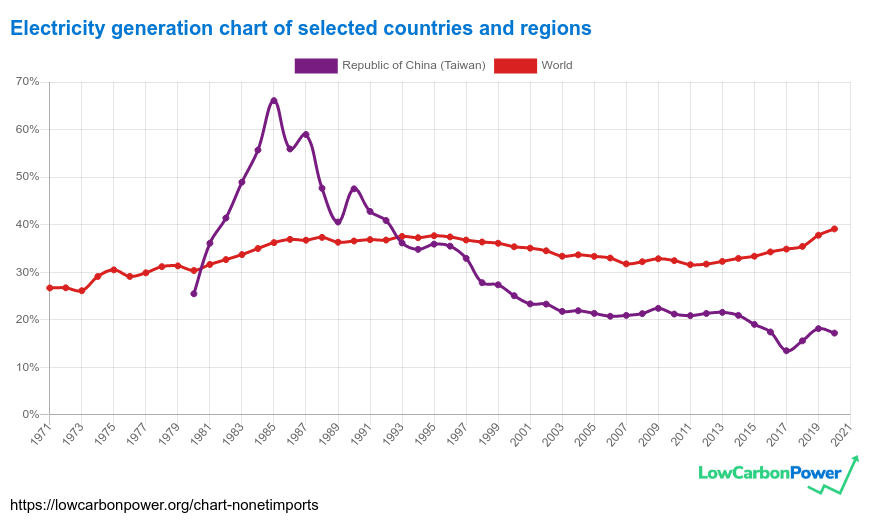 The government does have a plan. By 2025, it aims to increase the share of renewables to 20% of the electricity generation (last year, it was 5%). It also aims to increase generation from fossil gas to 50% (last year, it was 36%). Taking nuclear out of the mix, the low-carbon contribution to electricity would still be just 20%, the same as it was in 2014. The lack of ambition is striking.

At the beginning of this month I had a chance to interview Huang Shih-hsiu (黃士修), the leading figure of the pro-nuclear movement in Taiwan. He said what drives participation in the referendum is concerns with power cuts, increasing electricity prices and air pollution:

Climate change in Taiwan is a somewhat awkward issue. People like us who study climate, the environment and energy are of course concerned with climate change. But society at large, according to our experience over the last several years, don’t have strong feelings about climate change. Most people are concerned with issues that directly affect their lives: the cost of electricity, the stability of power supply, air pollution. 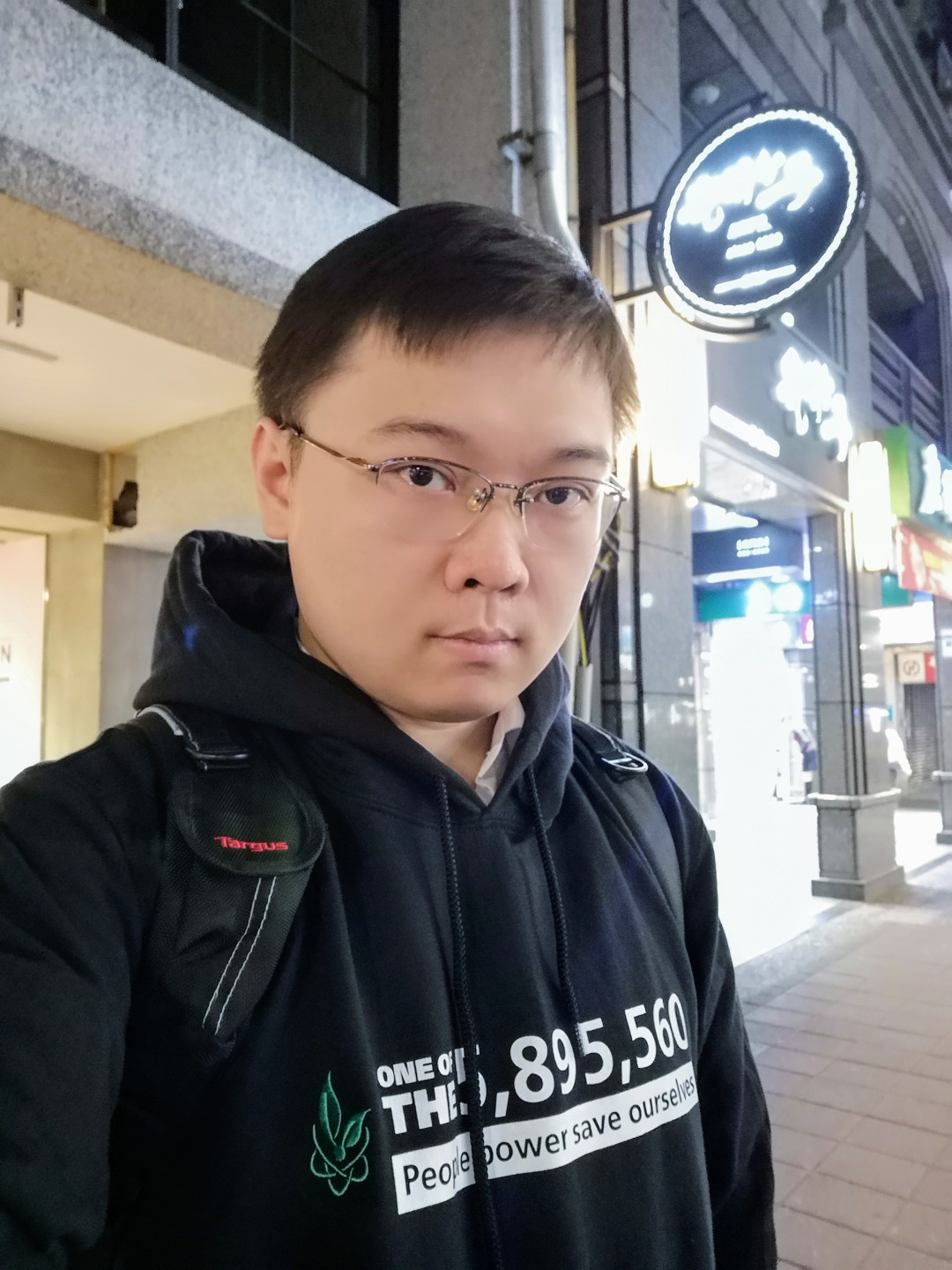 The lack of ambition also has political reasons. Huang says:

Why is it that we argue about whether we should add a little bit of renewable energy, or a little bit of nuclear energy? One reason is that the anti-nuclear groups and the Democratic Progressive Party intentionally set nuclear and renewables against each other. They have been saying for years that the KMT want to use nuclear energy exclusively. According to this logic, if we increase nuclear energy, then there is no space for renewables. This is a strange argument. Anti-nuclear groups in Taiwan have spread the idea that green energy only includes renewables, but nuclear is also a type of green energy.

Indeed, setting up nuclear and renewables against each other is a false choice. France, Sweden and Switzerland are all using combinations of nuclear and renewables to generate very clean electricity. Mainland China and the United Kingdom are building out both nuclear and wind power at the same time. Moreover, countries that rely on wind and solar energy alone have so far not been able to achieve thorough decarbonization. Successful countries* all use either large amounts of hydropower or large amounts of nuclear energy. Every pathway laid out by the IPCC includes nuclear energy. We need a rational discussion about energy mix, but Huang Shih-hsiu thinks this is difficult:

Nobody is seriously confronting this problem by saying “OK, we know there are some differences of opinion, but can we review all the available plans, including nuclear, including offshore wind, including solar, including all options? Get the data out and don’t tell me which plan you prefer, tell me how much energy each option can provide and at what cost, and then let us compare”. This would be a diverse energy mix.

If we compare the coronavirus pandemic to climate change, then the vaccines can be thought of as low-carbon energy technologies. Vaccines in Taiwan have also been politicized, but in the end due to the urgency of the problem, the decision was made to use all the available options. Climate change is also an urgent problem and because of that we can’t exclude a particular type of low-carbon energy. This includes nuclear, wind, hydro, solar as well as geothermal (Geothermal power set for new commercial beginning in Taiwan).

If the Taiwanese people approach climate change and decarbonization with the same ambition and determination as they did with regards to the pandemic, I believe the ROC can become a low-carbon energy leader.